We'll take care of it

I am very satisfied with the support provided by EffectConnect, they always think along and offer solutions. Responses to emails are lightning fast. Awesome.

We'll take care of it

The history of EffectConnect - preaching the marketplace gospel 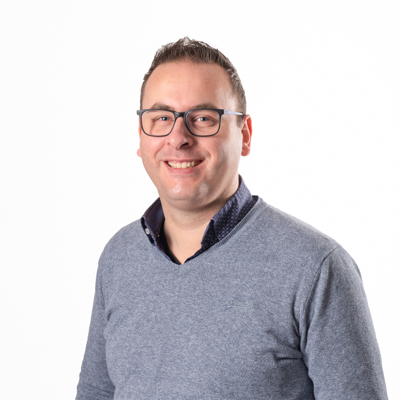 EffectConnect is a well known marketplace integrator. One where its users feel right at home, which shows in the number of loyal customers. This claim to fame and its many users is the result of years of hard work. In this article we will take you on a tour through the history of EffectConnect. Stay tuned!

The name obviously does not ring a bell, however it does stick. And precisely that was the intention when we changed our company name back in 2011. We have been wanting this since the foundation of our company in 2003, when we still carried this 13 in a dozen kind of a name which was quite typical for a software company. We still carry the name Koek&Peer (Cookie & Pear) and it is still an icebreaker in many conversations. This begs the question; who is the cookie and who is the pear?

As a software firm we have been occupied with contriving, creating and building beautiful software products like websites, webshops, e-ticketing, automation of logistics… the works.

We have only one goal when developing software for our customers: for it to be as time-saving as possible.

This continued to be our top priority when we developed an e-commerce platform for our customer Rogon from Helmond, a major supplier of decorative pillows and originally a B2B wholesale business, wanted a platform that would cater directly B2C.

This is why, when in 2011 bol.com came knocking to start selling Rogon’s products on its ‘Plaza’, we decided to do this together fully automated, not manually.

When we made our first start with Rogon and bol.com, EffectConnect had not been founded yet. Better yet, in 2008 there was no handy solution to automating the marketplace operation available.

Another thing that did not exist, were the experiences of other merchants on the e-commerce platforms. So to immediately invest a lot of time and resources to build an advanced plugin, without any viable results and experience with marketplaces, would not have been the wisest thing to do. So we didn’t ;-).

What we did do from 2011 to 2014 with a small team, in a not so scalable fashion, was familiarize ourselves with marketplaces, especially bol.com. Together with the marketmanagers of bol.com we went scavenging for new merchants for the plaza.

Providing a solution for a problem which is not known is tricky. That is why we needed a few early adopters which could point out the problems and pains with selling via marketplaces, that realize that time is money and see the opportunities automation offers. However simple and not scalable our marketplace was in the first place, it did save time!

Marco Coninx
Marco is one of the early adopters who understood the concept of selling via marketplaces right from the start and wanted to cooperate with us. We profited from his feedback and our colleagues gained a lot of knowledge by working with Marco. That Marco still understands very well how the game is played, is proven by the fact that other entrepreneurs want to learn from him how the ‘Amazon game’ is played through his company ‘Conquer Europe’.

Joost Brugmans
That tall Limburgian who once moved to Amsterdam to help his friends with the SEOshop*. That is Joost. We crossed paths with Joost in 2014 via adopter Marcel of Smartphonehoesjes.nl. A meeting in Amsterdam resulted in the recapitulation; “great product guys, we need this in our appstore’’. The next point on the agenda: transforming our small time solution into a scalable product with which SEOshop users need only a click of a button in the appstore to create an account. Deadline: Webwinkel Vakdagen 2015 ( Webshop Trade Fair).

*SEOshop was taken over by the Canadian company Lightspeed in 2015

Webwinkel Vakdagen 2015 and a savvy name

We met our deadline. Off to the Webwinkel Vakdagen Trade Fair in the Jaarbeurs in Utrecht. Just like our software in the early days, our first stand was well, rather flawed. Because we had no idea who or what was waiting for our grand ‘solution’. So we took it step by step on this day.

However, we did have to come up with a name. A good one which would be descriptive to what we were offering. But not too descriptive and one that could be pronounced properly cross-border.

We had fabricated our stand by ourselves and taken with us in a dingy van. My colleague Paul and I took off to Utrecht with our toolbox and about an hour later there it was: the EffectConnect stand.

By the way, we did choose our spot on the trade fair extremely well. It was right next to our biggest partner and platform where it all had started: bol.com! This undoubtedly strengthened our bond and cooperation with this beautiful company.

We did continue to participate in the Webwinkel Vakdagen - fair.

Marketplace gospel and growing together with bol.com

When we first participated at the Webwinkel Vakdagen-fair  in 2015, we still had to tell a lot of people what a marketplace was and illustrate its use. Our product was for many still a vague dot on the horizon. Preaching the marketplace gospel is then something we did together with bol.com.

In the course of the years this consciousness grew along with EffectConnect. Nowadays we can claim that EffectConnect is a stable and beautiful product, which is used by many grateful entrepreneurs. We continue to develop and build and during the Webwinkel Vakdagen - fair at the start of this year it was so incredibly busy that we hardly had time to take a break!

We can also claim that people see the point of selling via marketplaces ánd appreciate the use of EffectConnect in doing so. A trend that is notable within the walls of our company as well; our team has grown exponentially with clever people who continue to build further on the success of this company. We have welcomed many new customers on our platform and who give us feedback which improves our product.

Marketplaces are the feature

We see more and more brands and manufacturers integrating marketplaces into their own marketingmix. The marketplaces keep on increasing their reach at a pace which webshops cannot seem to keep up with and entrepreneurs see the added value to having this extra sales outlet.

By now we have gained a lot of knowledge which we are happy to share with our customers, something we are busy to develop. We want to help them save time and simultaneously increase their turnover!

Yep, it was hard work but it all lead to a beautiful company and ditto product, but there is still so much to do! Stay tuned!

Would you like to know what EffectConnect can do for you? Try us out for 30 days completely free of charge!

Next article
3 tips for smart logistic choices with marketplace sales →

these blogs about Tips & tricks

How do I choose the right marketplace solution?

3 tips to grow after the corona crisis